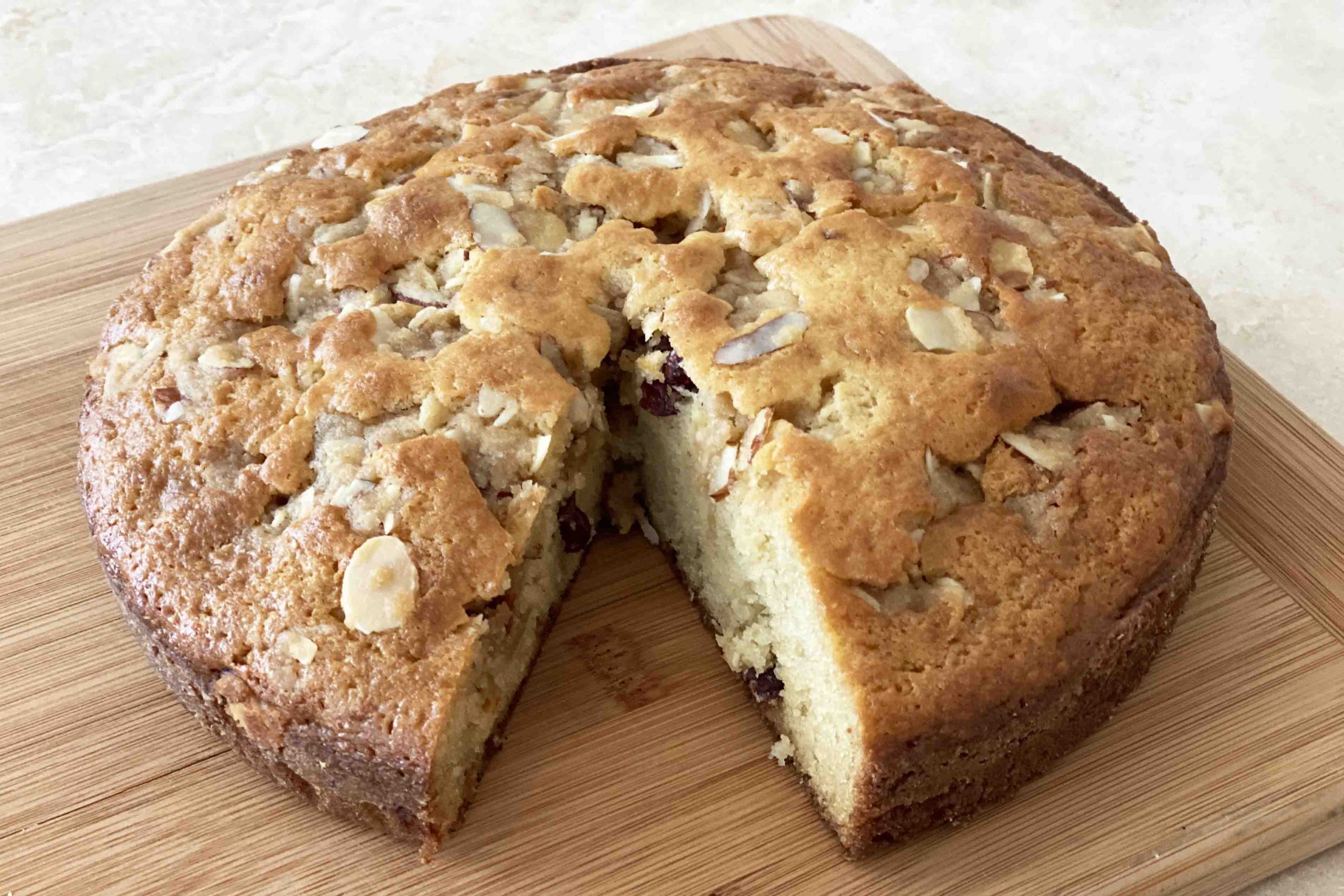 Wow, this Cherry Almond Coffee Cake is both super delicious and a breeze to make. It has earned accolades multiple times, including Best Coffee Cake at the 2021 Minnesota State Fair.

When I made this for a recent brunch, it was a huge hit. I have to admit, I sometimes forget how absolutely wonderful coffee cakes are; until I taste one. And paired with a hot cuppa java? Brings me utter joy.

Recipe credit for this award-winning Cherry Almond Coffee Cake goes to Roxanne Goodwin. In addition to winning with it at the 2021 Minnesota State Fair (after which we updated this post), Roxanne previously won Best Overall Quick Bread with it at the 2015 Minnesota State Fair. This is quite a feat since quick breads are such a popular type of baked goods, especially classic coffee cakes. She won a red ribbon in 2018 with it as well. 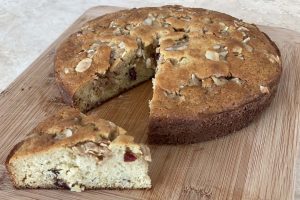 When Roxanne won, we invited her to showcase her recipe to fairgoers live at the fair and on television with a local news appearance and demo. Here’s a shot from the event with Roxanne in the center, between her daughter Bella and long-time state fair judge Mary Bartz. 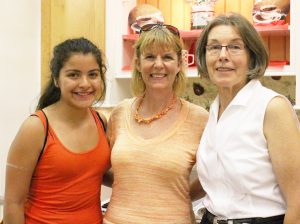 To recreate this award-winning cherry almond coffee cake, start by prepping your pans. Smear the bottom and sides of the pan with butter. Shortening works also of course. For the batter itself, bring your butter to room temperature. You’ll combine it with vanilla and almond extracts, eggs, sugar, flour, baking powder, baking soda, salt, and sour cream. I’m not sure why sour cream and Greek yoghurt works so well in baked goods, but I just go with it. The texture is always dense but so tender.

The process is classic. Mix your wet and dry ingredients separately, then combine. You mix in dried cherries before baking this Cherry Almond Coffee Cake. Other dried berries would work as well. My preference, however, is dried cherries or dried cranberries. The streusel on top is classic also, made with brown sugar, butter, almonds, and flour. The cakes are done when cake tested is inserted and comes out clean. Tops of cakes should be golden brown. 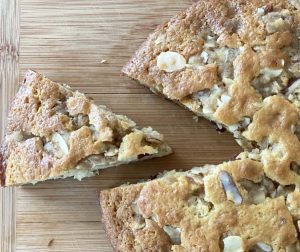 Roxanne’s tip to roast the almonds on foil in the oven works slick. When I don’t want to heat the oven, I use the stovetop instead. I put them in a nonstick pan over low heat. I toss (flip) and turn them to bring out their nuttiness and toast the batch evenly. I usually do a big batch to also mix into salads. 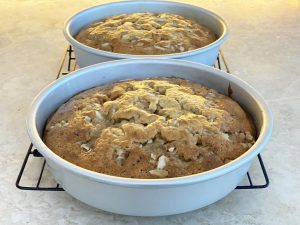 The great thing about this recipe is it bakes two 9-inch round cakes, so you have one to enjoy fresh-baked and another to give away, or not =) You could also freeze one to enjoy later, and not have to share. We won’t judge. And if you’re wanting more quick bread recipes, be sure not to miss this other coffee cake and one of our favorite banana breads